Wendy Appelbaum (born 1961) who is the daughter of Liberty Group founder Donald Gordon is the owner and Chair of De Morgenzon Wine Estate in Stellenbosch.

Wendy Appelbaum (Wendy Donna Appelbaum) is a South African entrepreneur who owns and is also the chairman of De Morgenzon Wine Estate in Stellenbosch. 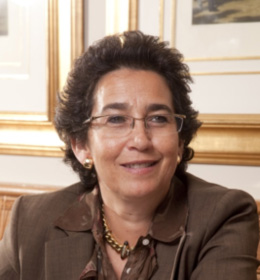 She is one of Africa’s most active philanthropists, having donated a total of over US$23 million (R274 million). In 2012 Forbes listed her as one of the 10 Female Millionaires to Watch in Africa

Wendy Appelbaum is a director of the Wits Donald Gordon Medical Centre (Pty) Limited, which is a post-graduate teaching hospital of the University of the Witwatersrand. She is also a trustee of the World Wide Fund for Nature South Africa.

With our little findings, the South African female billionaire was born in the year 1961 and is currently aged 60 as of 2021.

She is married to Hylton Appelbaum and together, they bought De Morgenzon (“the Morning Sun”), a wine estate in midst of the Stellenbosch Winelands.

Their maiden vintage, a 2005 Chenin Blanc, became the first wine ever to get five stars in South Africa’s leading wine guide John Platter.

She has a Net worth of around R2.6 Billion which she has earned from her various businesses.

She has made donations of over US$23 million (R274 million).

She established the Wendy Appelbaum Institute for Women’s Health in order to ensure that appropriate health care attention is given to women across the country.

Richest Woman in South Africa: Things You Didn’t Know About Her