Nadia Jaftha (born 14 November 1992) is a South African YouTuber, social media influencer, fashion blogger and musician. She is well known for sharing information on fashion, travel, beauty, and lifestyle on her blog known as the Birdline blog. 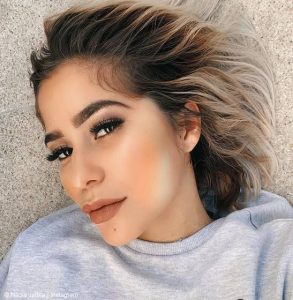 She is an alumnus of the University of Cape Town where she obtained a degree in Filming, Art and Media Studies. Nadia was given a scholarship to the New York Film Academy but decided to take a gap year.

Her social media journey started after she graduated from the University of Cape Town and decided to take a gap year. Since then, she has not stopped amazing her followers with relatable content. And interestingly, brands also now eye and align with her because of her influence on social media and the huge number of followers that she has.

Apart from being a blogger, it is also interesting to know that Nadia is a talented singer. She said music has always been a part of her life, except that the confidence to explore it fully had never been there. Eventually, she has unveiled her vocal skills by releasing her debut single titled ‘Paradise’.

Jaftha has an estimated net worth of $250 000 which she has earned form her successful career.