Siyabonga Radebe (born 1 January 1984) is a South African actor, singer, writer, director and comedian. He is well known in comedy circles as Siya B.

Radebe is popular for his role as Cassius in the SABC1 drama series A Place Called Home. 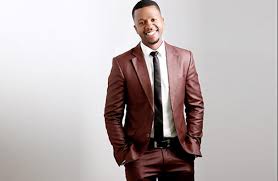 Actress Lerato Mvelase is his girlfriend and together they have a daughter. Unfortunately for them, their relationship came to an end in 2017

He has an estimated net worth of $500,000 which he has earned from acting.