Lebo Sekgobela (born 19 September 1981) is a renowned South African gospel artist who has made waves in the music industry.

She is one of South Africa’s top Gospel artistes and is the fourth most-streamed female artist in South Africa on Apple Music. 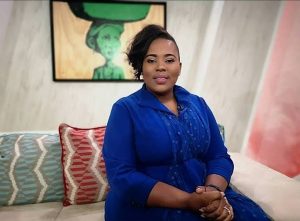 She was born on 19th September 1981 in Sebokeng, Southern Fairing, South Africa. Lebo Sekgobela is 39 years old as of 2020 and celebrates her birthday on September 19th every year.

Lebo Sekgobela didn’t have the best of opportunities while growing up. She was raised by a single mother and lived in a mud house. Her mother was a domestic worker.

She disclosed that she was raped twice, first at the age of eight and then when she was 11 years old. The first time was by her sister’s friend in a toilet. The second time was in a car by a neighbour who offered her a lift.

The award-winning artist is married to Lucky Sekgobela who is also her manager. They met while Lebo was still studying in High School, and got married when she was 16-years-old.

They have been married for more than twenty years and have three children together. Her eldest child is Lethabo, who is twenty-two years old, Lesego, who is eighteen and Lesedi, who is eleven years old.

Her career as a gospel musician started in church. She worked under Evangelist Ralekholela and performed in crusades. All through this time, she had gone for several auditions but was rejected.

Lebo then got the chance to be one of the backup singers for Vicky Vilakazi after which she worked with William Sejake, one of the members of Joyous Celebration

She released her first album in 2013 titled ‘Ke Ngwana Hao’. The same year she released Ke Modimo, Themba Lami, and By His Grace. The album By His Grace featured Lebo’s hit song ‘Melusi’, which became massive on radio and television.

Lebo Sekgobela Lion of Judah is another one of her most popular hits that were part of her Restored album. Within three years, the hit has managed to attain six million views on YouTube. She has set the pace in South African gospel music.

She has an estimated net worth of $500,000 which she has earned as a gospel artist.