Jeremy Maggs (born 1 February 1961) is a South African journalist, radio host and TV presenter known for hosting the game show Who Wants To Be A Millionaire?

and for his anchoring roles on top South African 24-hour news channel eNCA on DStv,

He has also co-hosted the quiz show Test The Nation and currently hosts his own show “Maggs On Media” – also on the eNews Channel, where he continues to watch the industry. 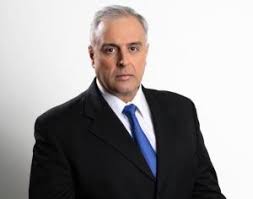 Jeremy is married to Anne Maggs and together they have two daughters.

Maggs studied Journalism at the then Natal Technikon, with his career in journalism writing kicking off at Publications such as the Eastern Province Herald and Durban’s Sunday Tribune.

He still writes a weekly column for The Herald called ‘Daze of My Life. Maggs is a Journalist, television, and radio host.

As a Radio host, he got his first job at Radio 702. He worked with them for a decade, and in the process, he became the station’s news editor and a regular current affairs anchor – at one point in a spicily memorable breakfast show partnership with 702’s Jenny Crwys-Williams – with a reputation as a tough interviewer.

Maggs gained attention for breaking the story of the assassination of Chris Hani and co-hosted a live rolling news programme on the Death of Princess Diana in 1997.

Subsequently, he presented [email protected] and then to AM Live after the resignation of John Perlman. Maggs refers to the show as his “great joy”.

In 2014, Maggs joined POWER 98.7 as a radio host of a new slot called Best of POWER – which shines the spotlight on media innovation, technology, trends, culinary inspiration, and travel.

Maggs career as a television host can be traced back to as far back as 2000, where he was the host of the now-defunct game show ‘Who Wants to Be a Millionaire.

After the game show came to an end in 2005, Maggs became the presenter of Test the Nation and also hosted SABC3’s weekly media and advertising show, Media Focus.

Maggs joined the e.Sat pay channel’s 24-hour news programme in February 2008 as one of the co-anchors. He left AM Live in March 2008 in the process. Maggs also hosted alongside Redi Direko until May 2009, when Nikiwe Bikitsha took her place.

After leaving 702, he went to present at  SABC2 breakfast show which he co-hosted with Nothemba Madumo.

Maggs was announced to be the editor of a magazine called Mags which itself is about content relating to magazines in August 2007.

Maggs was also the editor of the Journal of Marketing which was the official publication of the Marketing Association of South Africa (MASA) of Marketing.

He now publishes his own hardcover review of the industry called The Annual and serves as editor-in-chief for the popular, revitalized version of the Journal of Marketing, The Redzone

Drop your queries regarding Jeremy Maggs Biography below in the comment box.