Mxolisi Kaunda (born 13 September 1972) is a South African politician who serves as the Mayor of the eThekwini Metropolitan Municipality.

He assumed this position after Zandile Gumede‘s resignation in 2019. He is a member of the African National Congress. 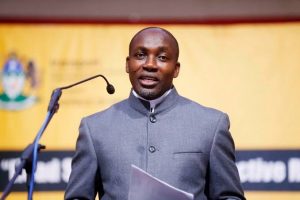 He obtained a Diploma in Governance and Leadership at the University of South Africa after matriculating from Intshisekelo High School.

He went on to the University of the Witwatersrand where he obtained a Diploma in Advanced Governance and Public Leadership.

He is married to Nomzamo Kaunda. They have four children together.

Kaunda has an estimated net worth $3 million.