Peter Mashigo is a South African actor popularly known for his role as Pastor Tlhong in the SABC2 sitcom Ga Re Dumele. He also played the of Lunga in the SABC1 drama series Mzansi. 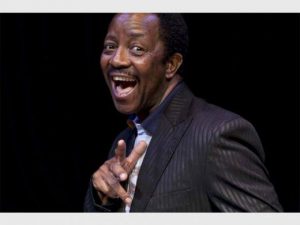 Mashigo is separated from his wife. He, however, has two children from the marriage. His first child is 24 years old while his second child is 15 years old.

Mashigo has starred in several South African television shows. His most recognized TV roles are Lunga on Mzansi, an SABC1 drama series and Pastor Tlhong on Ga Re Dumele.

In 2005, he received the DukuDuku Award for The Best Newcomer on TV for his Lunga role on Mzansi drama series.

He has an estimated net worth of $500 000 which he has acquired from his career as an actor.

In October 2020, Mashigo was involved in a head-on collision accident while travelling to Benoni with three other occupants. He escaped death by a whisker and is fighting for his life.