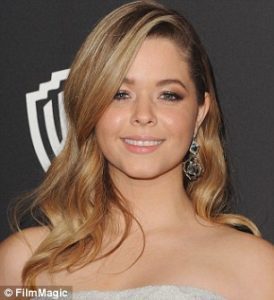 She became engaged to her long term boyfriend, Hudson Sheaffer on 22nd December 2015.

2003: Best Ensemble in a TV Series (Comedy or Drama) during the Young Artist Awards for her role on Family Affairs

2011: Breakthrough Performer of the Year during the ShoWest Awards for her role on Pretty Little Liars.

2015: Ship of the Year (shared with Shay Mitchell) during the MTV Fandom Awards on her role on Pretty Little Liars.

2015: Robert Altman Award (shared with director, casting director and cast) during the Independent Spirit Awards for the film Inherent Vice.

Drop your queries regarding Sasha Pieterse Biography below in the comment box.