Tony Kgoroge (born 21 April 1974) is a popular South African actor that is best known for his performance as Jason Tshabalala in Invictus.

He has also featured in numerous theatre productions including Joseph, Mooi Street Moves, Fiddler on the Roof, Woza Albert and Equus. 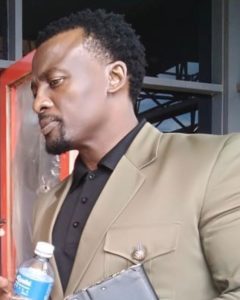 He is married to popular South African actress Sthandiwe Kgoroge and together, they have children.

Drop your queries regarding Tony Kgoroge Biography below in the comment box.