Atandwa Kani (born 6th June 1984) is a South African film and theatre actor known for his role as Nelson Mandela in the movie Mandela: Long Walk to Freedom. 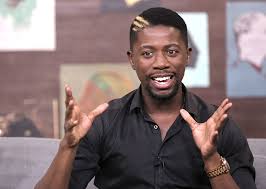 Atandwa Kani Wife
He was previously married to actor and presenter Thembisa Mdoda.

Both of them met in their first year of university at Wits and became close friends who also studied together. In 2015, he got married to Fikile Mthwalo Kani.

Atandwa Kani Movies
Mandela: Long Walk to Freedom as Nelson Mandela.
Net Worth
He has an estimated net worth of $500,000 to $2 million which he has earned from his successful acting career.