He is known for the role he played as Pieter van Heerden in 7th Avenue, and also for his appearance in Afrikaans-language films, including Road to Your Heart (2014), Superhelde (2011) and Bakgat! (2008).

He is a graduate of the Tshwane University of Technology where he bagged a drama degree and fully specialized in direction and scriptwriting.

He made his acting debut in the horror movie The Raven, which was directed by David DeCoteau, and has ever since appeared in the Bakgat! series and the television show Getroud met rugby. 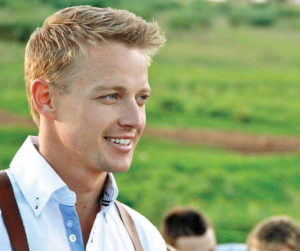 From his former marriage to Ciske Kruger, they had one daughter together. Botha and Kruger have since been divorced.

He is married to South African actress, film producer, scriptwriter and model Donnalee Roberts . Their engagement was in May 2017. Ivan popped the question in The Netherlands because of Donnalee’s connection to the country.

He has an estimated net worth of around $500,000 which he has earned throughout his successful career.