Siyabonga Thwala (born 17 March 1969) is a South African actor who is popular for his role as the ruthless publisher Vusi Zwane in the e.tv soapie Scandal!.

His acting career began in the year 1989. 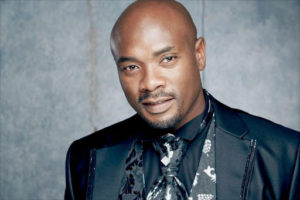 Mzansi got to see a completely different side to actor Siyabonga Thwala, who has been dubbed a TV hardman when his new reality show confessions show aired on Tuesday night.

Siyabonga had everyone reaching for tissues with the heartbreaking episode.

The former Scandal! and Generations star developed the idea for a show called Yobe where convicts are given the chance to ask forgiveness from their victims and their families.

But like watching our church-going cousin doing the vosho, we were never ready.

The first strike to our feels was when Baba Khoza revealed that he was still scarred after being robbed by a bunch of young tsotsis. But the waterworks went on when they asked for forgiveness and he showed he was the bigger man.

As the story unfolded on screen, the Twitter streets were flooded with tears.