Thoko Didiza (born 2 June 1965) is a South African politician who is currently serving as Minister of Agriculture, Land Reform, and Rural Development. 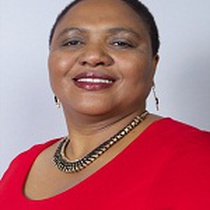 She is married to Thami Didiza and together, they have five children.

Thoko Didiza who is is currently serving as the Minister of Agriculture, Land Reform, and Rural Development is a member of the African National Congress (ANC).

Drop your queries regarding Thoko Didiza Biography below in the comment box.