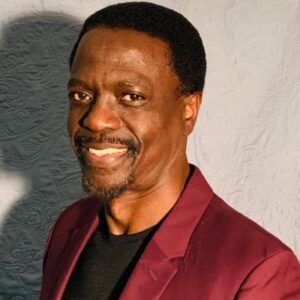 In 2002, he got married to Dorriane who is a fashion designer. Both of them run Sandton Elite Apartments which caters to the accommodation needs of local and international business, and tourists.

His acting debut began in 2000 after securing a recurring role on the SABC1 soapie Generations. He played the role of a boxer who attempted to date Queen (played by Sophie Ndaba).

Two years after, he played the supporting role of Detective Ditini in the police procedural drama series Jozi Streets, which aired on e.tv.

Other TV series Getmore has featured in include Ashes to Ashes, Intersexions, Wild at Heart, 4Play: Sex Tips for Girls, Jozi-H, Diamond City, Sokhulu & Partners, 90 Plein Street and The Docket.

He has an estimated net worth of $2 million which he has earned from his career as an actor.

Drop your queries regarding Getmore Sithole Biography below in the comment box.