Charlize Theron has won several awards including an Academy Award, a Golden Globe Award, and the Silver Bear for Best Actress. Theron is the only child of Gerda (née Maritz) and Charles Theron.

She attended Putfontein Primary School (Laerskool Putfontein), At age thirteen, she was sent to boarding school and began her studies at the National School of the Arts in Johannesburg. 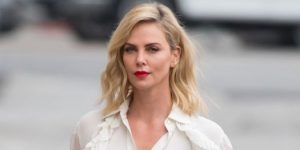 In the year 2003, she received critical acclaim for her portrayal of serial killer Aileen Wuornos in Monster, for which she won the Academy Award for Best Actress, becoming the first South African to win an Oscar in a major acting category

Theron was with singer Stephan Jenkins in a three-year partnership until October 2001.

She started a friendship with the Irish actor, Stuart Townsend after they met on the 2002 Trapped movie set.

She has two daughters named Jackson Theron and August Theron. Both of them are adopted. Theron adopted Jackson on March 2012 and August in July 2015.

As of 2019, it is believed that Charlize Theron has a net worth of around $130 Million dollars.