Nomaindia Mfeketo (born 2 June 1952) is a South African politician and former Minister of Human Settlements who served from 2018 to 2019.

She was previously the Deputy Minister of International Relations and Cooperation of South Africa.

Mfeketo was also the former Deputy Speaker of the National Assembly of South Africa, serving from the 9th of May 2009 until 25 May 2014. 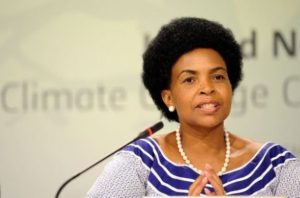 She has an Honorary Doctorate of Law from the University of Cape Town.

Drop your queries regarding Nomaindia Mfeketo Biography below in the comment box.