On July 17 2020, Makhaya made a disclosure, on SABC 2’s Morning Live, of the alleged racism he experienced throughout his career. 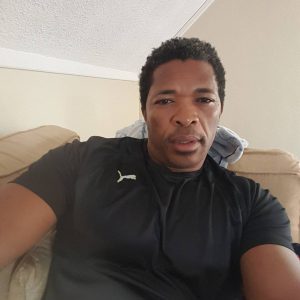 Ntini was born on 6 July 1977 in Mdingi, Cape Province, South Africa. He is 44 years old as of 2021 and celebrates his birthday on July 6th every year.

While growing up in Mdingi, a small village in Cape Province, Ntini was a herdsman with no shoes. At 15 years old, he was discovered by Raymond Booi, a Border Cricket Board development officer, who was setting up a mini-cricket programme.

Booi was amazed by Ntini’s talent and set him up to participate in a net session in King William’s Town. This is after he had given Ntini some shoes.

From there he played in a junior cricket festival in Queenstown. Two years later, he was selected to tour England with the South Africa Under-19 squad and played all five of the youth internationals.

South African cricketer, Thando Ntini is Makhaya Ntini’s son. He was born on 7 July 2000. In December 2017, Thando was named in South Africa’s squad for the 2018 Under-19 Cricket World Cup.

He had his ODI debut on 16 January 1998 and his T20I debut on 21 October 2005. Both games were against New Zealand. Ntini retired from all forms of international cricket in a T20I against India on 9 January 2011.

Makhaya Ntini played for Borders, Warriors, Warwickshire, Chennai Super Kings, and Kent between 1995 and 2010. Ntini made his First-class cricket debut in November 1995, facing an England XI.

He was charged and convicted of rape in 1999. The allegations seemed to be bringing his career to an early end but that did not happen. He was acquitted on appeal and rebuilt his international career.

On 17 July 2020, while on SABC 2’s Morning Live, Ntini detailed the alleged racism he experienced throughout his career. He claimed other players would not sit with him during meals and said he “was forever lonely” in the Proteas team.

Ntini further stated that he used to run to the stadium and back to hotels to avoid being lonely on the team bus.

Drop your queries regarding Makhaya Ntini Biography below in the comment box.