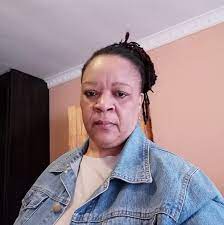 She has been in a number of South African television drama series, including Yizo Yizo and Generations, as well as the films Jerusalem and Skin.

Secrets and Lies and A Loving Heart Knows No Better are two of her theater credits.

Drop your queries regarding Elizabeth Serunye Biography below in the comment box.