Thabo Bennett Mnguni (born 18 March 1974 in Pretoria) is a former South African international footballer who played as a midfielder. 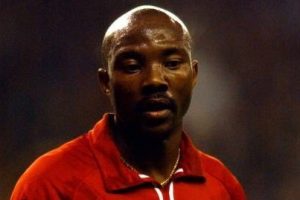 After a year, Mnguni left Lokomotiv and joined fellow Russian side, Rostov, before moving to ply his trade with Chinese club Tianjin Teda in 2005.

He returned to South Africa in 2006 joining Mamelodi Sundowns, before moving to AmaZulu for the first half of 2007 and Thanda Royal Zulu for the 2007-08 season. His career abroad was not yet over as he moved again in 2008, signing for Okktha United in Myanmar.