Zoocci Coke Dope (born 1994) whose real name is Andile Sibabalwe is a South African Hip Hop artist and producer. He came into limelight after he released “Freedom Or Fame” by Blaklez which was produced by him. 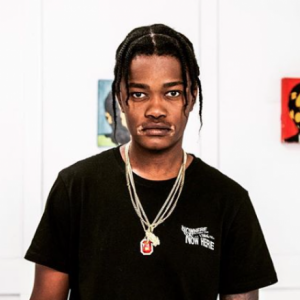 He is 26 years old as of 2021. His exact date of birth is not known but will be updated very soon.

Not much is known about his education, but all we know is that he studied Sound Engineering and dropped out of school after a year to focus on making music.

Zoocci Coke Dope was raised by his mother and grew up in the Northside of Pretoria, South Africa. He has a sister and lost his father at the age of 16.

It was stated by him that he wasn’t on speaking terms with his father before he died.

Zoocci Coke Dope is currently in a romantic relationship with Amorie Marais.

At the age of 11, Zoocci Coke Dope had already started making nice beats. He had to sacrifice school to go fully into his musical career which eventually paid off.

After some experience, he started producing songs for upcoming artists and also adding vocals on the songs. Later on, he focused solely on making beats.

Zoocci got his first major deal after he produced Blaklez’s “Freedom Or Fame” which then led to him signing with Vth Season in 2017.

He gained wider recognition after the release of his debut EP, Morning Star. He has ever since released music with some of Mzansi’s biggest Hip Hop artists including Stogie T, A-Reece, Flame and more.