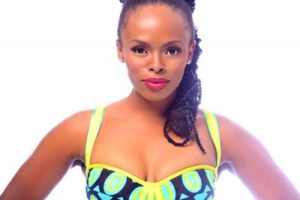 She had her high school education at Victoria Girls High school and attended Rhodes University, Grahamstown, South Africa, where she studied Journalism and drama. She was also a student at the University of Utrecht in the Netherlands where she studied International Media Studies and her degree.

She got married to DJ Thomas Msengana who is popularly known as Bad Boy T on the 19th of September 2009. In the year 2017, they got separated and this was confirmed by the actress during a TV interview on eNCA.

When asked if she and her husband were still together Unathi said “no we are not” she, however, says they are in a good space because they are family. The estranged couple has two children together.

Msengana has two children, a son Sinako and a daughter Imbo.