After the death of his parents at the young age of 6, he moved to Johannesburg in the Gauteng Province of South Africa. 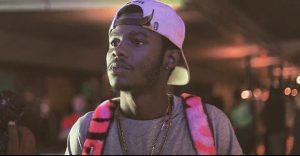 His first music group was called “Ghetto Prophecy” and it consisted of 8 members. One of the songs produced by the group called “Oh My” ranked number 16 on the top 40 songs of YFM and was played frequently on Metro FM as well as 5FM in 2011.

Due to lack of funding, the group disbanded and as a result, he decided to venture into the music industry as a music producer.

His first solo single was titled “Ambitions” and it was ranked number two on YFM’s Urban Top 40.