Sandile Shezi (born 1993) is a South African millionaire businessman. He is a popular forex trader and also the founder and CEO of Global Forex Institute. 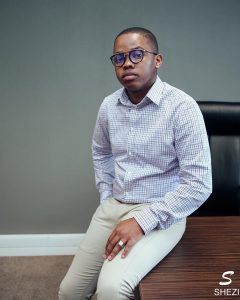 Shezi attended the Durban University of Technology (DUT) where he obtained a National Diploma in Public Relations and applied communications.

Much is not known about Shezi’s wife. He, however, showcases his love for her on his Instagram page by sending her lovely messages.

He met his wife while in the university and has since then been together.

He started taking risks and trading at a very tender age. Shezi used the money he earned by selling muffins at school to trade forex. He also used his tuition fees and that of his friends to trade.

The Global Forex Institute was founded with the aim of reducing unemployment and creating financial freedom for the youth in South Africa.

The institute is one of the first to fully provide young ones with longtime mentorship schemes on how to become successful forex traders.

About 10,000 students have been fully mentored over the years. In 2014 the school won an award for being the number one forex training provider in Africa.

The Sandile Shezi Foundation is a non-profit organization which was established with the sole purpose of transforming young people’s minds and lives in the African Continent.

The philosophy upon which the Foundation is built emphasizes enhancing Africa’s Education, Health, and Wealth to enable Africans to assume responsible roles in the development of our nation.

He has an estimated net worth of $2.3 million which he has earned through his successful career as a forex trader.