Thuso Motaung is a South African teacher, motivational speaker and media personality. He is popularly known for his show on radio called Makgulong a Matala which he co-hosts with Rev. Maine every Sunday. 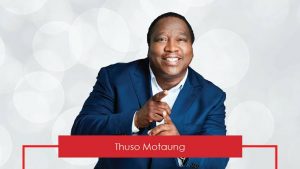 The exact age of the radio presenter is not known.

He works as a radio presenter at Lesedi FM. Motaung is known for addressing controversial topics on the radio. He hosts a programme called Jwale Ke Nako on radio together with Tholoana Moletsane.

Thuso Motaung also works as a programme director for many major events most of which are of high calibre.