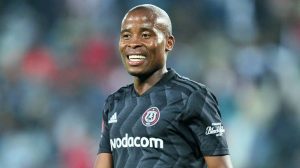 He is married to Tebogo. They have three children together.

Matlaba made his debut for the South African national team in 2011 in an international friendly against Tanzania. He has since then made 29 appearances for the team as of 2019. His first goal for the team came in a World Cup qualifier against the Central African Republic on 23 March 2013.

His career has seen him play in clubs like Free State Stars, Orlando Pirates and Black Leopards.

He has an estimated net worth of $2 million.