Mzwandile Collen Masina (born 2 September 1974) is a South African politician who is serving as the Mayor of the City of Ekurhuleni Metropolitan Municipality.

He is a from Gauteng and has been serving as mayor since 2016. Masina is a member of the ANC and is also the party’s Ekurhuleni chairperson, elected in 2014 and re-elected in 2018.

He was a member of the National Assembly of South Africa and the Deputy Minister of Trade and Industry from 2014 to 2016. 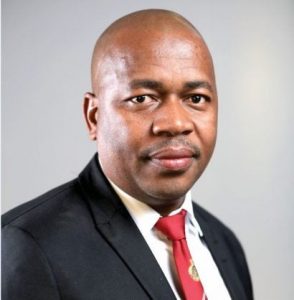 He is currently married to Sinazo Masina. She is into Corporate and internal communications and is a philanthropist. Together they have four children.

His actual salary is not known. But he announced that he would donate a portion of his earnings to the COVID-19 campaign,