Neyi Zimu who was born Moses Gcinumuzi was a South African musician. He was also a pastor and founder of the All Nations Revival Ministries in Midrand. Neyi hailed from a Small Farm, in the Vaal. 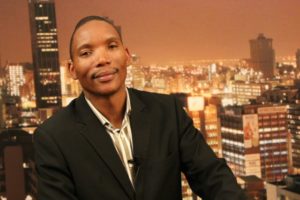 His exact date of birth is not known. But from the little information, we could gather, he was between 49-51 years old as of the time of his death.

He was married to Nellie Sibisi-Zimu.

Listed below are his albums;

Well-known gospel musician and pastor Neyi Zimu has passed on after a long illness. Zimu died on Wednesday 4th of December 2019 at Chris Hani Baragwanath Hospital’s Zakithi Nkosi Haematology Centre for Excellence, where he had been undergoing chemotherapy for mycosis fungiodes – a rare blood disorder affecting his skin.

Another message, however, said he passed away at a hospital in Modderfontein.

His illness became public after his friends and colleagues called for prayers, with prayer meetings being held in his honour.

His friend Omega Khunou paid tribute to him at the Spiritual Awakening Concert held at Sun City a few weeks back.

At the time, the Economic Freedom Fighters paid a visit to Zimu at the hospital and announced that he had been “recovering well”.

Condolences have been pouring in for the pastor, who was known for his hit songs Lamb of God and Retshepile Wena.