Quinne Brown (born 9 June 1979) is a South African actress. She is best known for her roles in the popular films Ouma se Slim Kind, Sedona’s Rule and This Is Charlotte King. 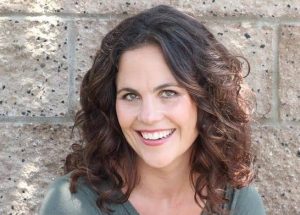 She was born on 9 June 1979 in Johannesburg, South Africa. Brown is 42 years old as of 2021 and celebrates her birthday on the 9th of June every year.

After matriculation, she studied geography and anthropology at the University of Johannesburg.

She left for San Francisco in 2003 for her father’s funeral, where she met her future husband, Ryan Huffman. She married him in 2006 and the couple lived in San Francisco. The couple later moved to San Diego, where they had their two daughters, Charlotte and Lara.

During her studies, she got the opportunity to join the popular television soap opera, 7de Laan. In the serial, she played the popular role Connie van der Lecq. Apart from acting, she is also worked as a presenter on the SABC2 talk show. In 2003, Brown took sabbatical leave from the serial after her father’s death in April 2003.

She also worked in theater, film and commercials based on San Francisco. In 2008, she started teaching children at an acting school for children. After ten years in United States, she returned to South Africa with the family. In 2016, she rejoined the cast of ‘7de Laan‘, and reprised her character ‘Connie’.

Brown has an estimated net worth of $1 million which she has earned from her career.

Drop your queries regarding Quinne Brown Biography below in the comment box.