He is popular for his hit songs, Ayepyep, featuring DJ Tira, Thebe, and Emza, and Monate Mpolaye featuring Cassper Nyovest and Thebe. 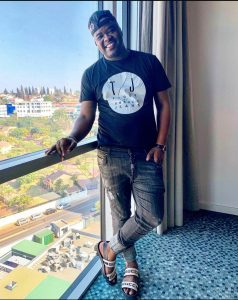 He had his primary and secondary education at Sunnyside Primary School, and Bokgoni Technical High School respectively.

Sefoka went on for his tertiary education at the Tshwane University of Technology but dropped out of school to pursue his dream of being a disc jockey.

He has an estimated net worth of $1 million to $5 million which he has earned from his music career.

Drop your queries regarding DJ Sumbody Biography below in the comment box.