Prince Hlela (born 28 May 1984) is a South African footballer who plays as a defender for Polokwane City in the Premier Soccer League. 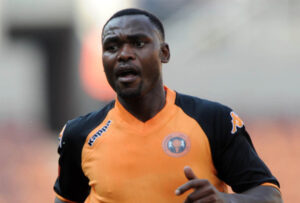 He made his debut for South Africa on 14 May 2011 versus Tanzania in an international friendly. He came on as a substitute in the third minute of injury time after the 90th minute.

Drop your queries regarding Prince Hlela Biography below in the comment box.