Lyle Lakay (born 17 August 1991) is a South African footballer who plays as a midfielder for Mamelodi Sundowns in the Premier Soccer League. 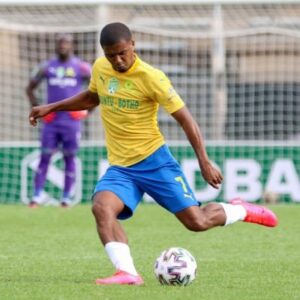 He is a product of the SuperSport United’s youth academy, he was promoted to the first team in 2009 but spent the 2009–10 season with National First Division side FC Cape Town. For the 2010–11 season, he returned to Supersport United.

After another loan spell with FC Cape Town, Lakay joined Bloemfontein Celtic in 2012. He is expected to sign for the big-spending Pretoria side, Mamelodi Sundowns FC during the January transfer window 2014.

On 14 November 2013, the player was quoted to have said, “Yes, I arrived today in Tshwane, but I will start training with Sundowns tomorrow (Friday). I hope everything will go well.”

He has an estimated net worth of $400,000 which he has earned as a professional footballer.