Lehlohonolo Majoro (born 19 August 1986 in Ladybrand, Free State) is a South African footballer who plays as a forward for Premier Soccer League side AmaZulu and the South African national team. 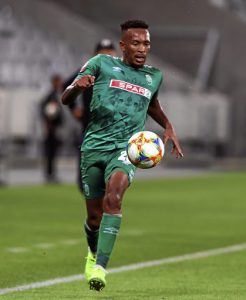 He made his unofficial debut in a Vodacom Challenge in a 1-0 win over Tottenham Hotspur. He was criticised for beating the defence including Gareth Bale but failed to convert.

He made his league debut for Kaizer Chiefs on 18 August 2011 in a 2-1 win over Jomo Cosmos. He also scored on debut only after 2 minutes after an accurate pass from Bernard Parker. He went on to be the club’s top goalscorer with 10 goals.

He made his debut for South Africa on 14 May 2011 versus Tanzania in an international friendly.