Mbulelo Ndlazilwana (born 19 October 1995) is a South African actor best known for his role as Scelo on the e.tv soapie Scandal!. 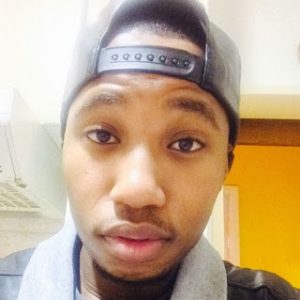 Mbulelo is taken! Apart from his acting career (which he is doing a great job at), Ndlazilwana is all about love with his beautiful girlfriend whose name is Basie Maduwane. It seems that the pair have been dating for years judging by their relationship on Insta.

He was previously recognised for his appearance in the SABC1 soapie Generations as Jigga, a cleaner at Mam’Ruby’s shebeen. In 2011, he also appeared in the SABC1 mini-series Shreds and Dreams as Nkanyiso, the son of Notobeko (Gugu Masondo).

Mbulelo has also featured in the shows Mindset Learn and Masheleng for children. Home Affairs, Brothers in Law, Jozi-H, and Blue Whizz are some of the other TV shows in which he has appeared.

He’s also starred in advertisements for ARA (Industry Association for Responsible Alcohol Abuse), the Maize Trust, Old Mutual, and Indomie Noodles, among others.

In 2017, he appeared in an episode of the Mzansi Magic drama series Saints and Sinners as a hijack survivor (Season 3, Episode 12), which aired on 26 March.

Drop your queries regarding Mbulelo Ndlazilwana Biography below in the comment box.