Eric Macheru (born 25 February 1986) is a South African former footballer and actor who is famous for playing role of Leeto Maputla in the soap, Skeem Saam 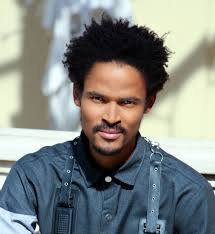 He joined the Mzansi Magic telenovela iNkaba cast in 2012 where he played the role of Rick, a top model on Fumi’s level described as “the Tyson Beckford of iNkaba world”.

Eric was also a cast member of Mfolozi Street season 1 as Msindo.

He is currently also a cast member of the South African drama series Skeem Saam playing the role of Leeto Maputla, who always gets into trouble, and gets his family to bail him out.

Details about his girlfriend, wife, and wedding will also be updated soon…