Maps rose to fame when he was named the sexiest South African man by Cosmopolitan magazine.

He had his undergraduate studies at Wits University where he studied BA Degree in Media Studies, French and English and International Human Rights. 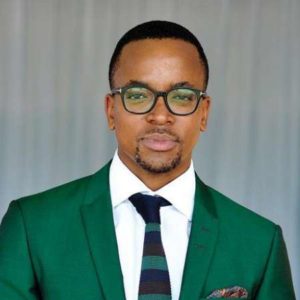 He was dating Nomzamo Mbatha but they split after cheating rumours involving Maps emerged.

Maps Maponyane father, Marks Maponyane, was a footballer playing for Kaizer Chiefs where he was the top scorer. Maps mother, Sylvia Maponyane, is someone he is super proud of.

In 2018, she graduated for the fourth time, and the celebrity could not contain his excitement as he took to his Instagram to celebrate this notable moment. He shared a picture of his mother in her graduation gown alongside a sweet caption.

His brother Katlego Maponyane is a prominent snowboarder and was even part of a team of seven chosen in 1992 to be part of the country’s Up Series. Katlego is the eldest son.

He started attending modelling and acting auditions, where he attained his first modelling campaign while working as an assistant to Lucilla Booysen, Founder of SA Fashion Week.

In 2014 he was a co-presenter of the SABC3 reality competition and lifestyle series Win a Home.

In 2015 he starred in a lead role on The Real Jozi A-Listers, a South African spoof comedy series.

Maps presented E! Entertainment’s E! Beyond the Red Carpet: Saftas, which is an after-coverage of the South African Film and Television Awards alongside Bonang Matheba on March 20, 2016.