Mbasa Msongelo (born 23 April 1992)  is a South African actor known for his role as villain Vega in the e.tv soapie Rhythm City. 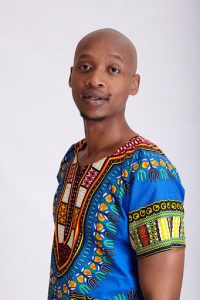 He matriculated from PR Pather Secondary School in KwaZulu-Natal and proceeded to do a BA Live Performance at AFDA.

In 2014, he made his television debut in the Mzansi Magic TV film Nyaope Indaba, which was part of the channel’s “Lokshin Bioskop” telemovie strand.

In this story about a gang of nyaope addicts who come together to smoke, get high, and eventually pass out, Mbasa played Sibusiso. Things take a horrible turn when they realize one of them is dead after waking up.

He then starred as Ndumiso in the SABC1 drama series Kowethu, which premiered on October 13, 2014 and starred Atandwa Kani and Thando Thabethe.

Simultaneously, he started a recurring role as Sabelo Malinga in the Mzansi Magic drama series Saints and Sinners, which he portrayed for three seasons, from 2014 to 2017.

Drop your queries regarding Mbasa Msongelo Biography below in the comment box.