Siphesihle Ndaba (born 4 August 1997) is a young and beautiful South African actress best known for her role as Mazet on Mzansi Magic’s Gomora. 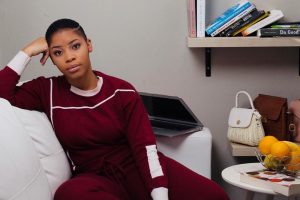 Siphesihle attended Oprah Winfrey Leadership for Girls school. She went on to obtain a Bachelor of Social Science degree in Psychology, Economics and Drama from Rhodes University.

She also graduated with Honours in Dramatic Arts, specialising in Acting, Physical Theatre and Applied Theatre.

In 2018, while in her 3rd year, she directed a play called “Skinned” at the Grahamstown National Arts Festival.

Mazet is a gorgeous and dangerous young woman from Alexandra who tempts Ntokozo, played by Ntobeko Sishi, into a life of crime.