Marang Molosiwa (born 1992) is a Botswana actor who was the host to the TV programme “Mantlwaneng” and has appeared in MTV Shuga in 2020 as the only actor from Botswana. 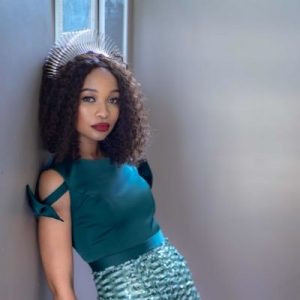 Molosiwa is married to retired footballer Dipsy Selolwane and they have been together since 2016. She announced that they were having a child in May 2020 and this was Selolwane’s second child.

She’d gained popularity as the host of the children’s television show “Mantlwaneng.” Molosiwa was one of the kid stars of Mantlwaneng, a popular show on a fledgling Botswana television network. Rea Kopi, Phenyo Mogampane, and StaXx have all gone on to have successful careers as a result of their early experiences.

She was chosen to be a part of the worldwide TV series MTV Shuga in 2020. It was an edutainment program aimed at raising HIV awareness. She portrays Bokang, a classmate of Dineo, who, according to the plot, moves to South Africa for her schooling before returning to Botswana.

She has an estimated net worth of $80,000 which she has earned as an actress.

Drop your queries regarding Marang Molosiwa Biography below in the comment box.