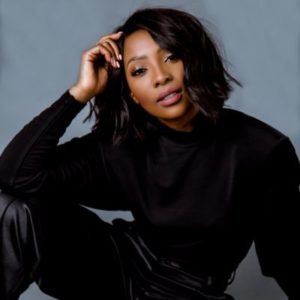 It is believed that she is engaged to her fiance, Nkululeko Buthelezi.

She got engaged to her fiance in bling fashion when Buthelezi went down on his knee mid-air during a helicopter ride when on a holiday in Zambia. They later broke up and Modiadie gave back her engagement ring.

Nkululeko Buthelezi was allegedly complaining that Modiadie did not have time for him and was depriving him of the privileges of their relationship.

In February they mended their differences and Pearl confirmed that they were together and they are happy.

Pearl has been in a relationship with the following; Rapper Da Les, Wlater Mokoena, Minnie Dlamini, Robert Marawa and Nkululeko Buthelezi.

With her ex-boyfriend Wlater Mokoena, she has a daughter named Thandolwethu.

Currently, we do not have details of where she lives and how her house looks like. What we know is that she surprised her father with a newly built house.