Maite Nkoana-Mashabane (born 30 September 1963) is a South African politician and the Minister of Women, Youth and Persons with Disabilities.

She previously served as Minister of International Relations and Cooperation from 2009 to 2018 and was Minister of Rural Development and Land Reform from 2018 to 2019.

Nkoana-Mashabane who was raised in Ga-Makanye, Limpopo is also a member of the National Executive Committee of the African National Congress (ANC). 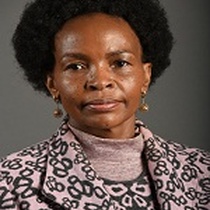 She was married Norman Mashabane who was South African Ambassador to Indonesia. He died in a car accident in 2007.