Luther Singh (born 5 August 1997) is a South African professional footballer who plays as a forward for Portuguese club Braga and the South African national team. 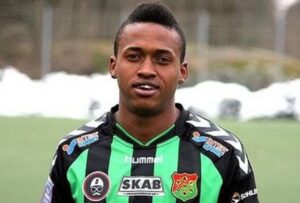 After being scouted by Farouk Khan, he joined South-African-based Stars of Africa football academy at the age of 11. He then got the opportunity to train in Brazil when he was 16 through the academy, spending time with Vasco da Gama and Fluminense.

In 2015, Swedish second-division side GAIS signed him where he was employed as a winger scoring eleven goals for the club.

After his contract with GAIS expired, he signed for Portuguese Primeira Liga side Braga on 21 January 2017. He scored his first goal for the club in a 5–0 win over Vizela.

On the international scene, Singh was called up by interim manager Owen Da Gama to the senior national team in March 2018 for friendlies against Guinea-Bissau and Angola. He officially made his national team debut on 28 March against Angola, starting in a 0–0 draw.

Luther Singh scored his first international goals against Botswana and Uganda respectively in the 2019 COSAFA Cup.

He has an estimated net worth of $2 million which he has earned a professional footballer.