Motjeka Madisha (born 12 January 1995) was a South African professional footballer who played as a defender for Mamelodi Sundowns. 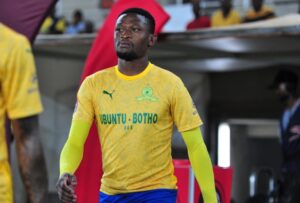 Madisha played club football for M Tigers, Highlands Park and Sundowns. He earned 13 caps for the South Africa national team between 2015 and 2020, scoring once.

He had an estimated net worth of about $400,000 which he has earned as a professional footballer.