Lesego Marakalla (born 16 May 1993) is a South African actress best known for her role as Rachel Kunutu on the SABC1 youth drama/soapie television series Skeem Saam. 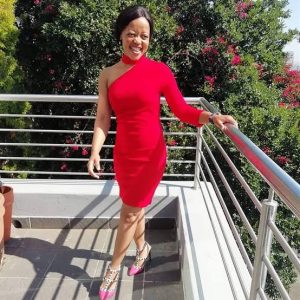 She attended Monis Arts House in Pretoria. Marakalla started acting actively while in high school and has since then followed her dream.

The actress landed her first role in a short film titled  Sifiso which was showcased on Mzansi Magic. The actress has also received several honours at the inaugural Film, Arts, Music and Entertainment (FAME) Awards. Marakalla also bagged the Outstanding Female Villain award at the Royalty Soapie Awards in 2018.

She played the role of Rachel Kunutu in a high school-based soap opera, Skeem Saam, which airs on SABC 1. Marakalla was a part of the Skeem Swan family from 2011 to 2020.

Drop your queries regarding Lesego Marakalla Biography below in the comment box.