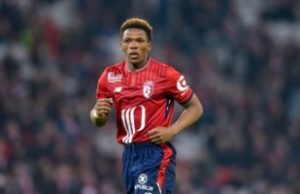 At age 11, he spent time with Mamelodi Sundowns’ youth system for two years from.

He later joined Kempton Park FC where he was spotted by then Boksburg-based Diambars Academy, a footballing school founded in Senegal by ex-France internationals Bernard Lama and Patrick Viera.

Lebo was invited for trials by Lille in 2014 while he was still a student at Sunward Park High. He spent two months with Lille’s reserves and u-19s before being offered a contract.

Lebo currently plays as a center-forward for RC Strasbourg Alsace and the South African national team.