Erwin Isaacs (born 21 December 1986 in Cape Town, Western Cape) is a South African football (soccer) who most recently played for Ajax Cape Town as a right back.

Isaacs is a hard-working central attacking midfielder. He can also play as a second striker as well as playing on the left or right-wing. He is a free-kick specialist and a clean powerful striker of the ball. 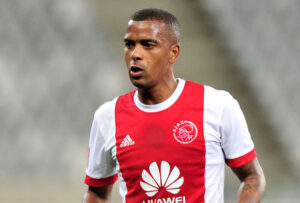 He made his debut for South Africa in 2011 and has so far been capped once.