Kat Mohoaduba (born 8 December 1989) is a South African actress known for being a contestant on the third season of the Mzansi Magic reality competition television series Big Brother Mzansi. 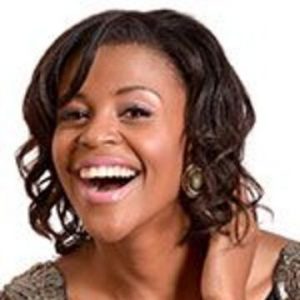 She was born on the 8th of December 1989 in Johannesburg, South Africa. As of 2020, she is 31 years old and celebrates her birthday on December 8th every year.

She works as an assistant and was crowned Miss Soweto’s second princess in 2011.

She entered Big Brother Mzansi for the experience of living in the Big Brother house, socializing with people from all walks of life, and the opportunity that Big Brother would provide her.

She made her first acknowledged acting appearance as Seipati in Season 1 Episode 7 of the Mzansi Magic drama The Queen in 2016.

She has an estimated net worth of $80,000 which she has earned as an actress.

Drop your queries regarding Kat Mohoaduba Biography below in the comment box.