JAZSTO formally known as Jazzmaniac is a South African rapper from Bloemfontein and the founder of OKAY BLEK, an independent record label, clothing brand and publisher. 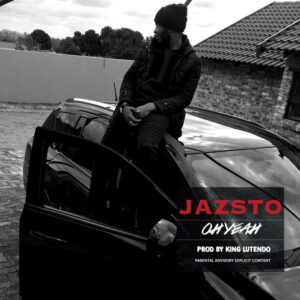 He has performed with legends such as Skwatta Kamp and collaborated with artists like Kommanda Obbs, King Lutendo, and JR.

The SA rapper has been featured in the Hype Magazine’s SA unsigned top 5 list and he has peaked at no. 3 on the 5fm local to 5 with Ms Cosmo and has also been playlisted on YFm.

His music has dominated Free State’s radio charts and it is now working on dominating airwaves all over Mzansi. His lovely music has also been featured in the USA based Coast2Coast Mixtape.

He quit his job at one of the country’s biggest companies to focus fully on his music. JAZSTO released his debut album released in November 2019 on all digital music platforms such as Apple Music, Tidal, Spotify, Google Play Music, etc. The album has since been streamed in 9 different countries and has two music videos released.