Blaq Diamond is a uniquely South African pop duo that consists of two members, Ndumiso Mdleteshe and Sphelele Dunywa. Both of them were born in 1994.

The Afro-pop group is well-known for its major single titled “Ibahnoyi” which got them major collaborations and Nominations. Blaq Diamond is signed into Ambitouz Entertainment.

Ndu is a producer, singer, and songwriter that started singing at the tender age of 8 and started Blaq Diamond together with Danya.

They have previously worked with top artists such as Mono T, DJ Bobsta as well as renowned DJ Maphorisa. 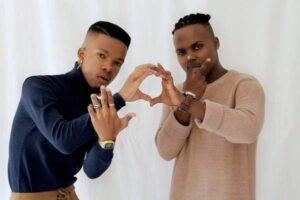 The members of Blaq Diamond were born in the year 1994 and they grew up in Ladysmith, Kwa Zulu Natal.

Some of Black Diamond songs includes:

They have an estimated net worth of $2 million which they have earned together from their whole musical career.