Hlomla Dandala (born 22 September 1974) is a South African actor, television presenter, and director. He is popularly known for his roles as Derek Nyathi in Isidingo, Jacob Makhubu in Jacob’s Cross, and host of the reality dating show All You Need Is Love from 2002 to 2003. 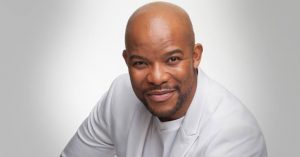 Dandala had his secondary education at Sacred Heart College, Johannesburg. He holds a degree in Drama from the University of Witwatersrand.

Dandala is married to a Brenda Danala. He was previously married to Candy Litchfield but they divorced in 2009 after 8 years. Dandala is the father of four children.

His television debut was on a reality show called Channel O in 1995. He has since then made many film and television appearances.

Dandala was cast in the South African-Canadian medical drama series Jozi-H in 2007. He also starred in the M-Net Series and M-Net drama Jacob’s Cross, in which he plays the title role.

He directed three episodes of the South African drama series Hard Copy and seven episodes of Gaz’lam. He also directed episodes of the soapies Generations and Backstage. His film appearances include Fools (1997), Red Dust (2004) and Lord Of War (2005.)

Dandala has an estimated net worth of $500 000 which he has earned from his career as an actor, television presenter and director.

Drop your queries regarding Hlomla Dandala Biography below in the comment box.