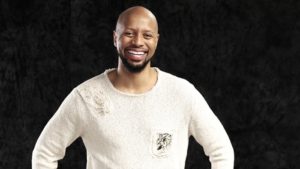 He is in a relationship with Palesa Morgan and they are expecting their first child together.

He has a son together with former model Farai Rook, named Brooklyn Khambule.

The two have an amazing relationship as father and son as is portrayed when Brooklyn helps his father to propose to his soon-to-be stepmother.